Snapchat: Is It Still A Thing?

Snapchat: Is It Still A Thing?

Short-form videos, AR filters, stories that vanish within 24 hrs — no, we are not talking about Instagram Stories, we are talking about something that came even before that — Snapchat Stories. Introduced in 2013, this update on Snapchat became an instant hit when users were able to post their snaps as stories, which was a longer public narrative of snaps pieced together that would last for 24 hours.

Prior to that, when Snapchat first launched in 2011, it was actually called Picaboo. The crux of its offering is its ability to allow users to send photos that would eventually disappear (we see that its core offering hasn’t changed much). Later that year, it added a couple more features and was rebranded to Snapchat (Source: blog.hubspot.com).

Now, just like the logo, Snapchat has become a forgotten ghost. Although Snapchat hasn’t completely vanished, it has sadly been overtaken by other social media competitors.

What made Snapchat a thing?

After Facebook first came out, people’s lives were never the same — we had in our hands the tools and freedom to upload unlimited amounts of photos, albums and updates, make hundreds and thousands of friends from around the world, and connect with them all online. Then came Instagram, a primarily visual-led platform that gave a whole new meaning to our understanding of “a picture is worth a thousand words”. As Facebook grew more cluttered with plug-ins, games, ads (and parents), the Millennials migrated to Instagram, while the Gen X and Baby Boomers stayed as their numbers (and connections) grew on Facebook.

This was when Snapchat stepped in and blew everyone away with their “Less is More” concept. Snapchat had a twist to their concept that created a huge buzz — the snaps self destruct within seconds and boom, you no longer have access to it! Even if your friend screenshots your snap, you’d get a notification informing you that a screenshot of it was taken. With this concept, this meant that users could send virtually anything (private thoughts, embarrassing moments, unglam shots — you name it) and not worry about it leaving a trace. Although faced with some criticism at first, everyone started to ride with it because Snapchat offered something different from the other social media platforms. Facebook and Instagram focused on saving and documenting everything online, but Snapchat reflected our reality — that moments are just temporary. Throw in the many interesting and unique AR face filters (like the dog selfie filter) as well, and this was how Snapchat became part of the “Holy Trinity” of social media back in the day, along with Facebook and Instagram.

As time came and went, the social media landscape has witnessed a couple of new entrants, as well as new developments to the incumbents — many of which have since upped their game. However, according to Oberlo, Snapchat is no longer even among the Top 5 most popular social media platforms in 2020 (Source: www.oberlo.com). Why the sudden change? 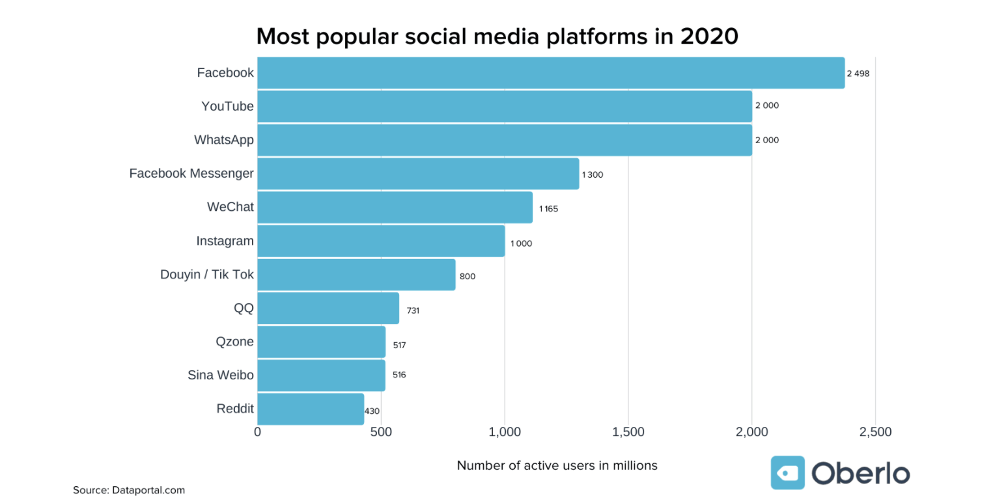 One main factor that resulted in Snapchat’s loss was the fact that its story feature got replicated on platforms such as Instagram and Whatsapp in 2012 and 2014 respectively. The story goes that in 2013, Facebook had approached Snapchat with a $3 billion acquisition offer, which Snapchat rejected, prompting Facebook to go out and implement this on its own into its existing platforms. Instagram, who had the first movers advantage, already had many of the Snapchat users as part of its user base. As such, users who had both Instagram and Snapchat started to turn to Instagram Stories more, now that they recognised the same Snapchat feature had been made available on Instagram. Furthermore, having been on Instagram first, many of their friends were already following them there and it made sense to use one app, not two, to share updates, photos and stories with one another.

Also, even though Insta Stories was introduced relatively later, there are a couple more reasons why people are dropping Snapchat for it. One, the usability of Instagram’s story feature is much more straightforward than on Snapchat. An interesting difference Instagram has that Snapchat doesn’t is the option of tapping the left side of your screen, which allows you to replay the previous story. Another non ux-friendly feature on Snapchat is that people who follow thousands of users need to scroll through their entire Stories feed just to view those few that they are interested in. Whereas for Instagram, you only need to search for their username and you can view their stories again and again, directly.

Two, Instagram offers two content-sharing options for users. The Instagram Story reel found at the top of users’ feeds, complements the main feed that features posts from the people you follow. As a user, you can choose either to share your content through the regular way of uploading an Instagram post, or through an Instagram Story that would disappear after 24 hours. Plus, now you can choose which stories you don’t want to disappear, by pinning them into a highlight reel on your account. On the other hand, Snapchat doesn’t really retain anything. So it doesn’t allow you to go back and “revisit” certain content that you or your friends have previously shared — in other words, it’s just: snap and share (Source: medium.com).

In an effort to grow their stagnant user base, Snapchat underwent a platform revamp in 2018. However, this resulted in a turn of events that made many already active users drop Snapchat altogether!

Prior to the revamp and in terms of navigation, swiping left on the app allowed users to access their private messages, while swiping right allowed them to view everyone’s recent stories. Everything was self explanatory. After the 2018 update however, things changed. Let’s start with what they did well — they added more obvious navigation buttons for users who are less tech-savvy, and changed the algorithm for the Stories list to feature stories from your best friends first before anyone else. Snapchat also collaborated with platforms like Cosmopolitan and Buzzfeed to curate content pieces under their “Discover” page, which users could access when they swiped right. This was done so as to allow Snapchat to appear as a legitimate form of digital media, so as to incentivise agencies and brands to market and advertise with them (Source: medium.com). Although done with good intentions, this made Snapchat lose its personal touch — the one where people saw Snapchat as that fun app for them to connect with their friends in a more personal and private manner. With this new update, the app is now overruned with content that can already be found on the internet or on other digital and social media platforms, which loses the personalised touch.

Met with so much backlash, the CEO of Snapchat, Evan Spiegel, was still persistent and hopeful about the new design as he believed that the new changes were a solution to users’ frustrations, and that they just needed more time to adjust. Obviously, little changed and sentiments remained. Even Kylie Jenner took to Twitter to express her displeasure about the new interface (Source: sureyarns.com). The app redesign is no doubt an improvement as it makes for a sleeker and more visually appealing app. However, with its confusion and poor user experience, it has made existing users very frustrated. This move sent the company’s shares plummeting 62% in 2018 (Source: bizjournals.com).

Since then, Snapchat has redesigned the redesign to fix all the frustrations, and this has definitely improved Snapchat’s fortunes in 2019. Recently, several Tiktok challenges and trends that involve the use of Snapchat are on the rise, which could serve as a small help to Snapchat in gaining more users this period.

Although Snapchat remains very relevant in countries like the United States, Snapchat still has a very small user base in Asia. The table below shows the ranking of most-used social media platforms in Singapore and as of January 2020, only 18% of the total social media users in Singapore use Snapchat (Source: mediaonemarketing.com.sg). 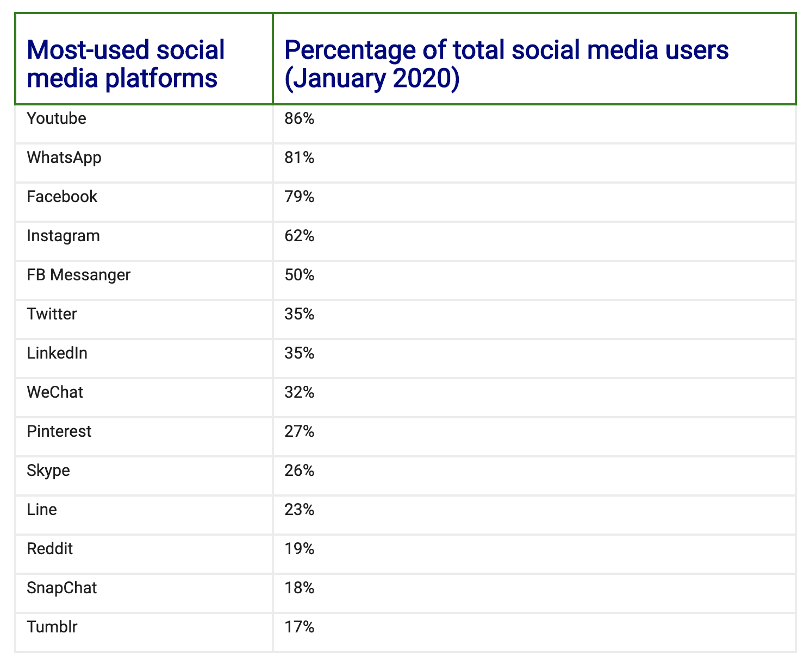 Besides this, there have also been other up and coming competitors like SNOW and TikTok. Ranking number 1 in Korea, Hong Kong and Japan, the Snow app is basically a direct replica of Snapchat, but with more culturally relevant filters and effects (Source: www.valuechampion.sg). Another possible competitor is the fast-growing TikTok. Yes we can all agree that TikTok and Snapchat are two very different apps, but they are competing for the attention of the same target audience. With filters of its own and a whole host of video creation tools, TikTok seems to offer a more enhanced creative experience with the main difference being that TikTok videos are more public than Snapchat’s — they don’t disappear after 24 hours. For now, TikTok is still relatively new, but it is possible that TikTok can become a much bigger competitor if it continues down this path of success.

Right now, with many odds and competitors stacked against them, it is interesting to see how Snapchat would stay relevant especially in Asia. Social media platforms are constantly reinventing, attempting to do each other one better, and rolling out new suites of tools and features for users in the process. IF Snapchat could do it previously with their Story features, who knows? Perhaps the familiar white ghost might come back into the game soon!